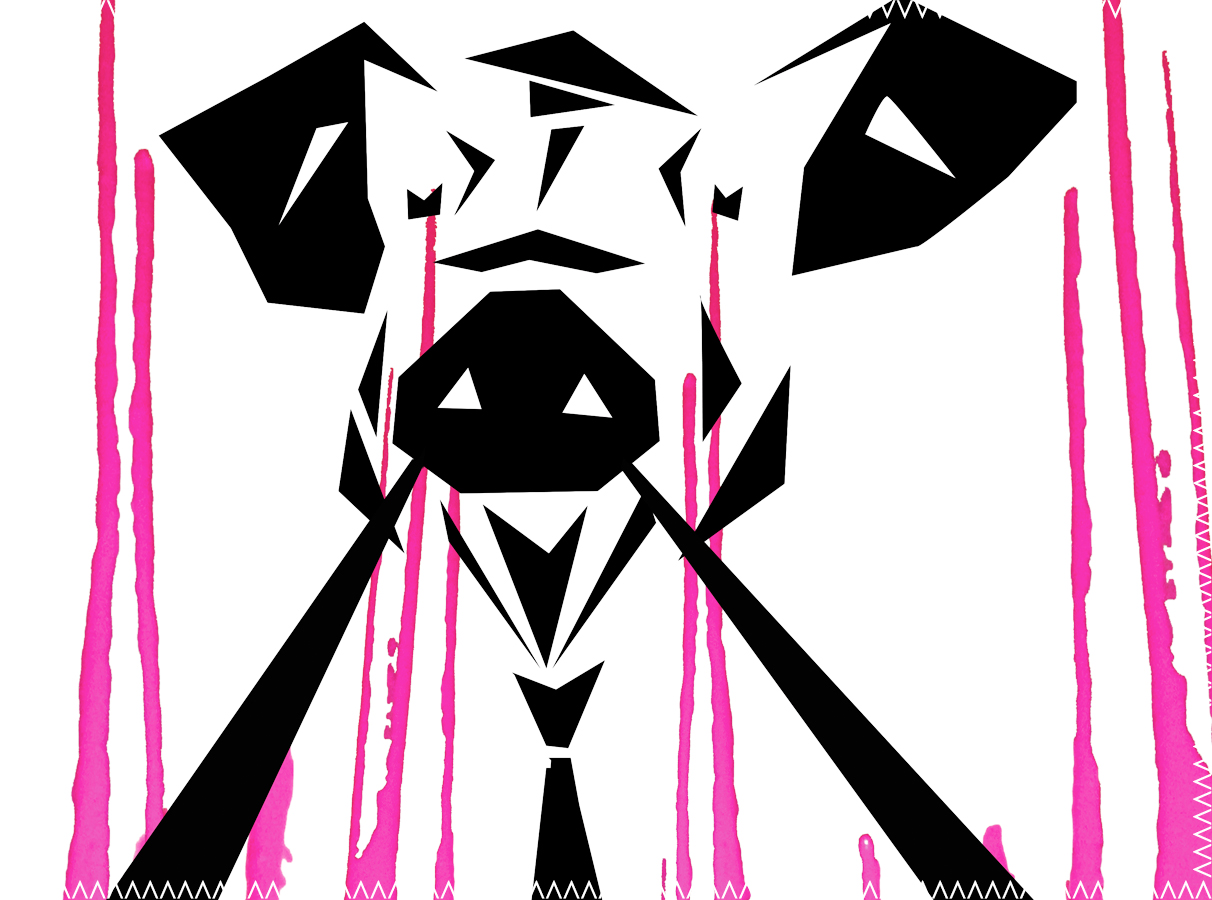 Eating animals seems more and more like a middle age thing to me. How we behave towards other beings has something to do with respect, love and compassion. The way we treat animals in the industries and also humans in consequence is reflecting perfectly the way we respect ourselves, the earth and the universe.

I have the impression that we – as dominating species on earth – are really ages away from the essence of being. Just because it seems normal, necessary or natural to kill and consume animals, does not mean it is justified! Just because everyone is ignoring what happens in all these sad hidden factory farms and laboratories, does not mean that it is right what we are doing as a society and as a single person. I am convinced that each of us is responsible, because through buying cheap products and dead animals, who suffered all their lifes, we are supporting those profit industries directly!
Did you already think about how our world will be in future – governed by those monopolies which will bring the earth on long term to the downfall? Do you really want to support them? I can tell you that for myself I try to think twice each time I buy and consume. It´s time now to disagree….And it´s time now that we make HEAVY LAWS to protect animal as a feeling being!
Persons who disregard the well being of animals should be brought to court and be held accountable for violating animal rights!

But we have to fight for that!
Get active as a single person is not always easy.
Let´s support those who already have the power to defend and fight for the fundamental animal rights.

Use Vegetariancalculator to calculate the impact you have made by being a vegetarian.

With the help of the Animal Kill Counter you can visualize the numbers of animals killed worldwide by the meat, egg, and dairy industries since you opened this webpage !

Data for the Kill Counter are based on worldwide animal slaughter statistics culled from the Food and Agriculture Organization of the United Nations for the year 2003. According to these statistics, about 53 billion land animals are slaughtered annually worldwide. (It should be noted that at the time the numbers were compiled, they were the minimum numbers of animals killed each year. The actual numbers may be significantly greater insofar as some countries or territories either did not report, or deliberately excluded, some statistics.) Of the more than 200 countries researched, the top three—the United States, China, and Brazil—consume a staggering 46 percent of these animals as food. The United States alone consumes roughly 20 percent of all animals slaughtered for food even though it contains less than five percent of the world’s population.

It’s important to note that, since most of the available data are now eight years old as of 2011, these estimates are extremely conservative. It is now quite likely that in many of the categories noted, the current kill rates are as much as 10 percent higher than what is indicated here. As soon as more accurate statistics become available, ADAPTT pledges to update its Kill Counter accordingly.

Have also a look to this article.